So, who made this site? Well, there are two people responsible for the content you see here:

Contributing from the capital of Norway, David brings you, amongst other things, software for emulation, user interfaces and graphics. Take a look at his pages for more on these topics!

Also contributing from the capital of Norway, Paul brings you software and documents about Web applications, XML processing and database access, all for the Python programming language. Take a look at his pages for more information!

Here's a picture of Gordon Petrie, Paul and David at Goðafoss in northern Iceland, taken in July 2002: 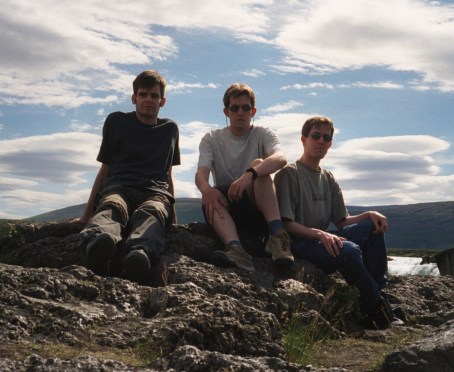 A tantalising glimpse of the waterfall can be seen just to the right of David.

Here's a picture of David, Paul and the elusive Michael Howard (who worked with Paul at CERN): 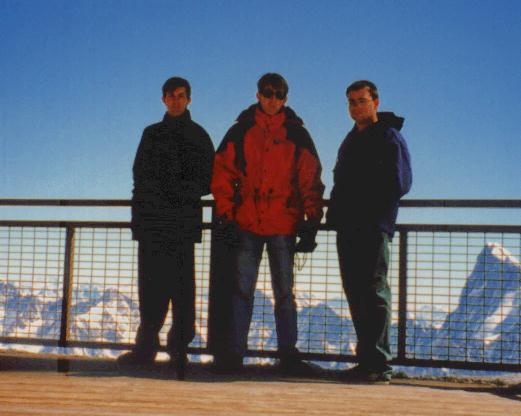 This picture was taken back in April 1997 at Mont Blanc, France (or as near as the casual traveller can get without climbing gear).